Getting Up To Par

At first glance, we thought it would be a competition for first and last place, but the course had another plan in mind.

After weeks of glorious British sunshine, it was looking like MoJo Monday was going to be a warm one. What better way to spend the evening than out playing a spot of golf? The original plan was to take over the mini golf course but due to unforeseen circumstances, only 4 were able to make the event. However, this wouldn’t rain on our parade! Instead we took to a real golf course to play pitch and putt.

Experience levels varied greatly with John being practised in the sacred art of golf and Tom a naturally sporty person whilst Emily and Dane were both lacking in the sport experience department. At first glance, we thought it would be a competition for first and last place, but the course had another plan in mind. After John showing all of us the ropes on how to tee off, we all eagerly lined up and took our first shot. Dane and Emily’s both took a liking to the nearby bushes and Tom’s definitely believed it could fly. But at least we could say one of us got off to a flying start…? 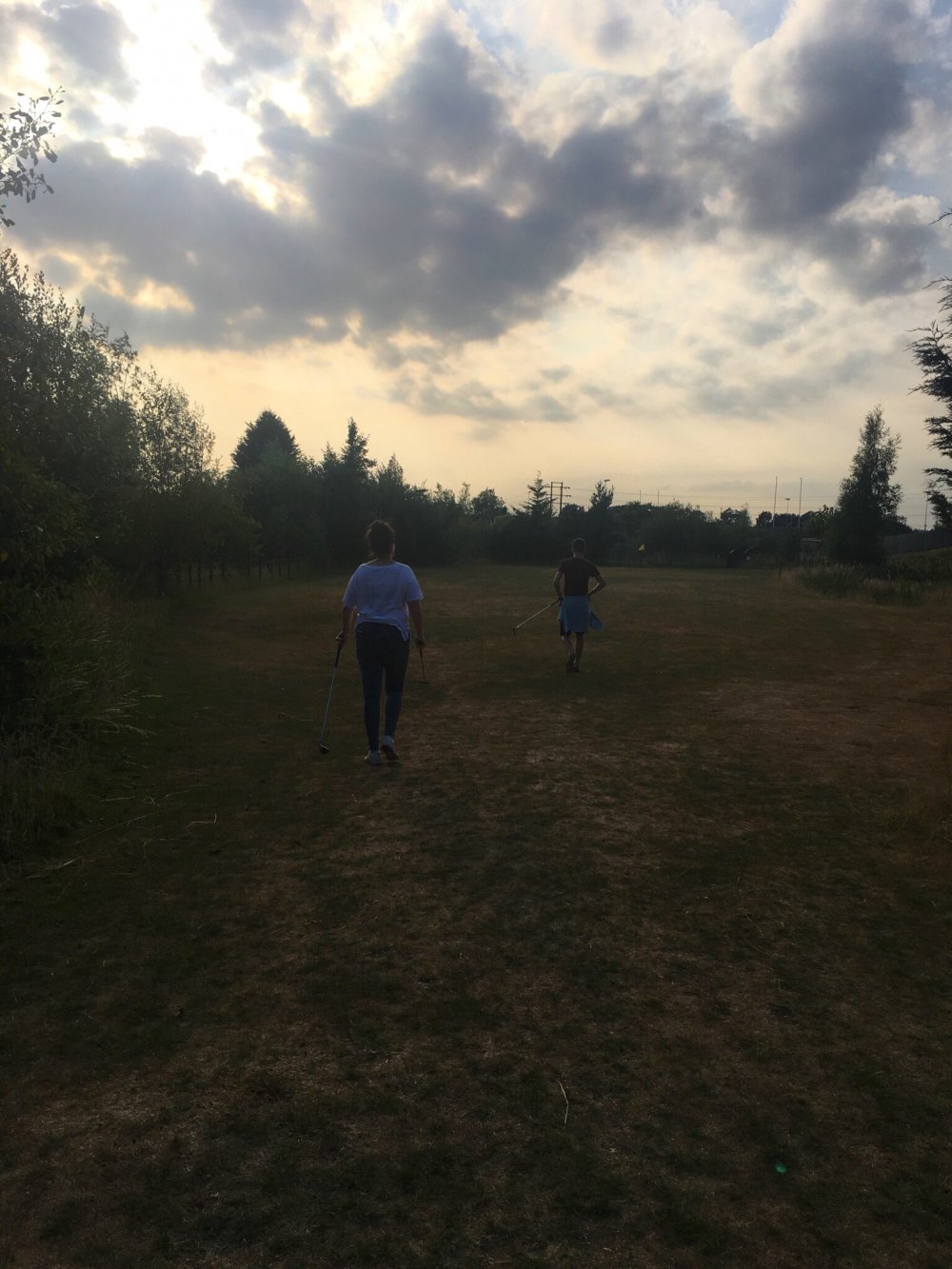 During the next few holes, Emily started to quietly sneak her way up the leaderboard to John, Dane couldn’t quite get the right level of force and Tom… well let’s just say if he was playing baseball, there would have been plenty of home runs. However, we were playing golf. So we were just running low on spare balls! Miraculously, and with the help of a few miscellaneous lost and found balls, Tom managed to claw his way back towards victory and as we came to the final two holes, it was anyones game.

We rolled up to the last hole and the competition could go one of three ways. John was first to tee off and, after three shots, had successfully completed the course. This meant that in order to win, Tom had to do it in 1 shot or Emily had to do it in 3. The stakes were high. Tom stepped up to tee, a mixture of ambition and desperation twinkling in his eye, he pulled back, swung and it was over. He had landed on the green but it wasn’t enough to secure his victory. Emily stepped up to the tee, droplets of sweat trickling into small rivulettes, the tension was high, she swung and sent the ball flying. A good first shot. The second shot was on to the green, but not quite close enough for ensure victory. This was it. 1 shot left to win. Emily pulled her club back and swung. The ball rolled towards the hole like a wheel of Swiss cheese - heavy and determined. It edged ever closer but it had started to slow. Would this be the moment victory was swiped from Emily’s hands? We all looked on with eager anticipation but the ball finally came to a stop - just short of the goal. John roared with delight, he had either won or drew depending on the next shot, a far cry from the few balls that were volleyed into next month on other parts of the course.

Emily made her final shot and came joint first with John at 42 points, Tom close behind with 44 points and Dane taking home the losers prize by miles with a solid 54 points.