Drawbridges, ramps and hideyholes. John, begrudgingly, accepts the newest members of the family!

We’ve all seen those photos of grumbly dads snuggling up to their children’s pets that they insisted they did not like, did not want, and absolutely, 100% said could not stay. What we don’t always get to see is this in action in real life.

Having only two pairs of hands between him and his wife, Nina, with which to wrangle four very bored children and an energetic spaniel, it’s been a long few months in lockdown for our MD, John. So when Nina announced that they should get a bevy of guinea pigs, John was less than enamoured.

“If you want guinea pigs, you can get guinea pigs, but I am having nothing to do with them,” he said in the fervent hope that if he registers his non compliance the idea would swiftly be abandoned and he can return to the usual level of pandaemonium. Nothing more was said.

A month later, it was clear that all his hopes were in vain as he proudly showed the MoJo team the little wooden drawbridge he had ordered especially for the bespoke guinea pig hutch he was building. It seems that Nina had been brainstorming out loud as to where best to put the guinea pigs, and that under the stairs would be excellent if only she could find an enclosure that would fit the awkwardly shaped space.

The words seemed to swirl around John’s head, and before he knew it he was using all of his architectural skills to create a custom built enclosure filled with snack bars, exciting hideyholes and everything else a guinea pig could ever want. He was neck deep in building a rodent heaven.

And it is now with great pride that we can reveal the finished Guinea Pig House in all of it’s architectural glory, the proud home of Clarkson, Hammond and May. Let us know what you think! 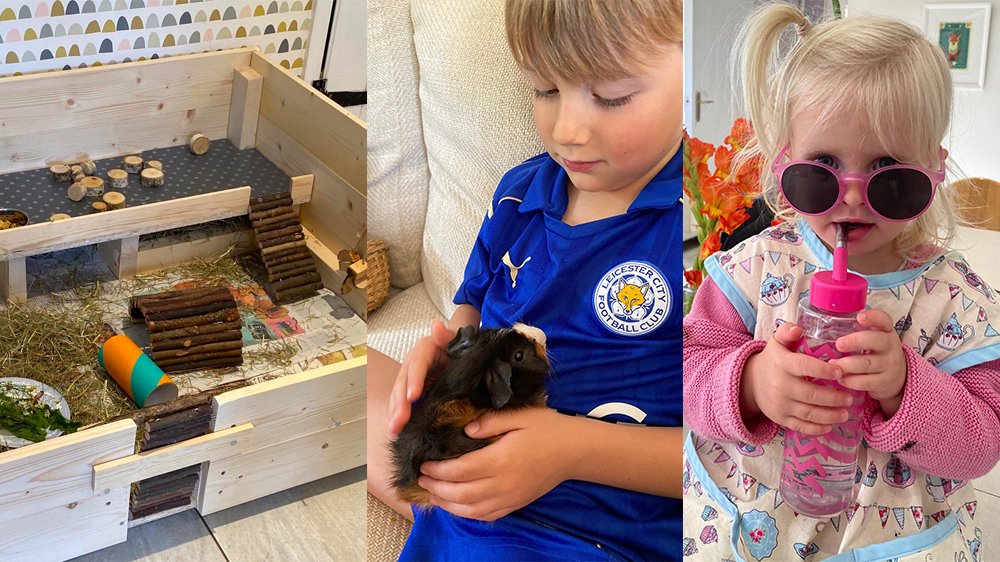