Kings of the Pins

The long summer evenings and the warm summer days meant two things - we needed a cold, refreshing drink and some light hearted competition.

The long summer evenings and the warm summer days meant two things - we needed a cold, refreshing drink and some light hearted competition. So, what better way than throwing a few balls down a bowling alley? A great way for both old and new members of MoJo to show us what they’re made of and it even came with the added bonus of gloating rights for at least the next month.

So as the day drew to an end, we hopped into our cars and headed off to the bowling alley. As Mich and Matt raced off to be first at the starting line, the rest of the team decided that slow and steady would win the race and popped into a pub for a quick pit stop before hitting the road, it was a nice evening after all (non-alcoholic drink for the drivers, obviously!). Finally we all arrived at the bowling alley and, after a quick change of shoes from our fashionable pumps, to clown-esque bowling brogues, we were ready to test our skills down the alley. As we are all adults we played with the barriers down, despite Mich’s cries that he was destined for a scoreless game without them! 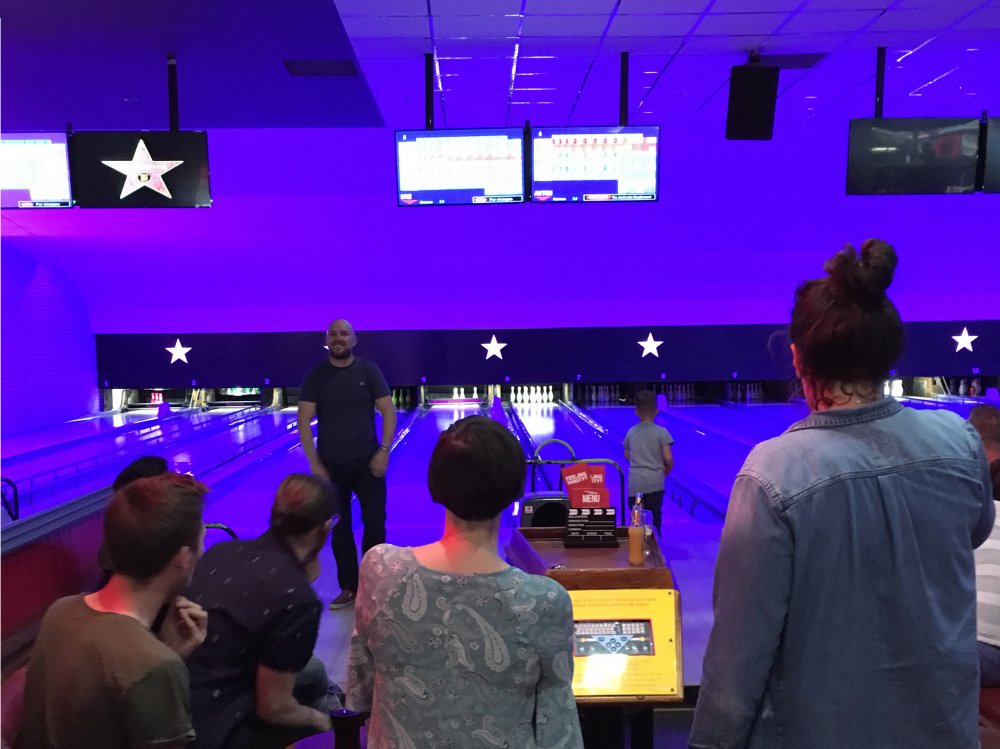 The competition got off to an absolutely striking start from MoJo veterans John and Tom who both showed us what it meant to step up to the mark. The slightly newer additions to MoJo were still dusting off their skills with the odd gutter ball and 1 hit wonder, but it wouldn’t be a game of bowling without now would it? The competition heated up as Dane snuck up on Tom and John whilst Sally, Emily, Mich and Matt were all competing for the dark horse card. After a couple of completely fluke strikes from Dane, it was starting to become hot under the collar, and not just from the weather.

As we got to the final round, palms were most certainly starting to become a little sweaty, the bowling balls were almost flying out of people’s hands! This was it, the final push and make or break on who would emerge victorious this night. Sally had become the dark horse of the competition and was in fighting position for 3rd place with Dane. Emily had claimed Queen of the Gutter and Mich and Matt had their own competition going for who could beat each other. As Dane stepped up to the bowling line and loosened his grip on the ball, this was the moment. This would be the final fight for the top spot. And, as quickly as the ball flew down the alley, it was all over. Dane had put up a valiant fight but John had taken victory home, with Tom following close behind.

As the night drew to a close, we all congratulated John on his shining victory and everyone’s outstanding efforts. After finishing off our drinks, as the sun started to dip below the horizon, we parted ways as more than just a team - we headed into the sunset as champions of the bowling alley, and Kings of the Pins.