The Jungle (Cook) Book: With whales, hedgehogs, butterflies and even unicorns now out of the equation, no animal is safe from the being replicated in some delicious, sugary form.

Come the end of Autumn an email appeared in our inbox from Dave titled “MoJo’s Animal Sweet Challenge". In order to add a bit of craziness to our weekly staff meeting, the idea was formed that, every week 1 person would bring in an animal shaped sweet for the rest of the group to eat and judge! A score would then be placed based on originality of the animal / sweet, and the overall taste. Once these scores had been gathered, they would be averaged out to give the final mark for the sweet. 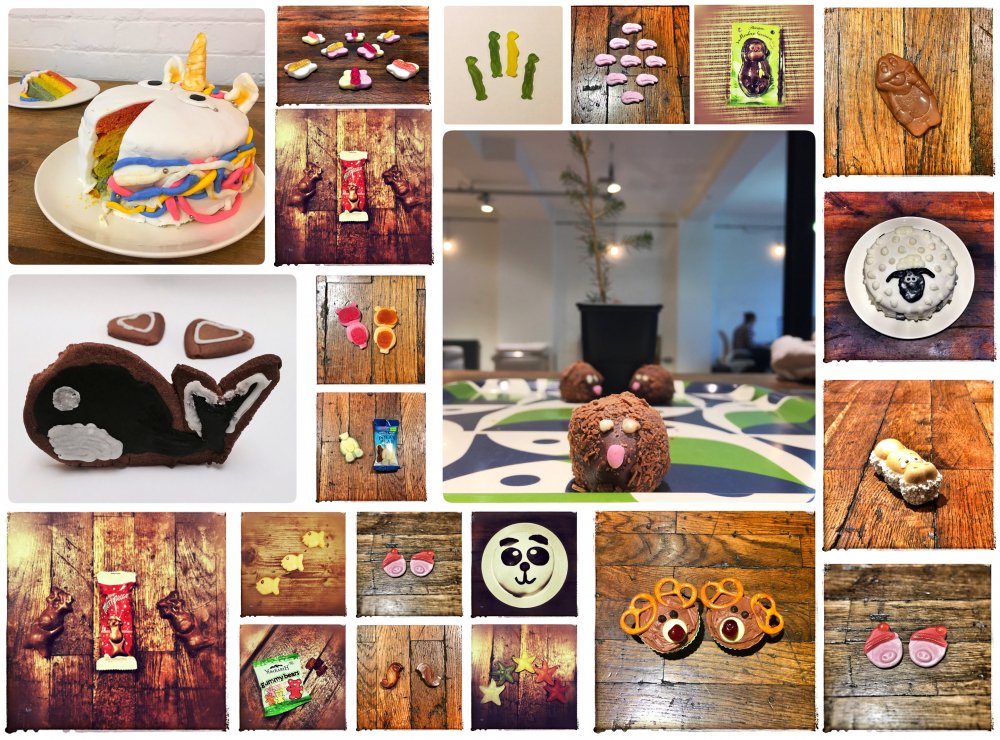 If you think this all sounds pretty straight forward, you would be wrong! Alongside these rules, there are also the following;

So, 20 weeks in, we thought we would give you a quick overview of the competition so far on the journey to be the king or queen of the Animal (sweet) Kingdom. The expedition into this unknown land started civilly with Dave and his chocolate monkey, scoring nicely across the board on both taste and originality. In the following weeks, the scores stayed positive but we could all feel our competitive edges starting to take hold. It may have been coming up to Christmas but the ‘good will towards all men’ was not seeping into the scores. Things were starting to heat up in the kitchen and the true chefs were showing their colours - maybe a little early, it might be said.

We could practically hear the Christmas bells chiming by the time Natalie bought the chocolate reindeers in that she had spent hours slaving over the night before. They were chocolate cakes with a chocolate icing, topped with chocolate chips for eyes, a white chocolate and glaced cherry nose with some pretzel ears - and they were delicious. But, without knowing it, Natalie had broken one of the core rules of MoJo Munchies - no repeat animals!

We are glad to say that is the only disqualification we have had so far but as the animals narrow down and the competition heats up, it’s only a matter of time before someone is forced to crack open their DVD of David Attenborough’s Planet Earth to find a niche animal no-one has brought in. South American Rhino Bullfrog we hear you ask? That’ll likely be next weeks at this rate!

With whales, hedgehogs, butterflies and even unicorns now out of the equation, no animal is safe from the being replicated in some delicious, sugary form. If you want to keep up with to date or pass your vote on our latest creations, check out our Twitter feed where the results get posted every Wednesday!