Our Year in a Nutshell

MoJo Promotions 2014: The year of 2014 has been glorious for the MoJo team which arguably could be counted as the strongest and most successful year for the company to date. Things have moved from strength to strength for us and we owe it all to our loyal customers (both old and new), friends and family. We wanted to take a quick look back at the year and pick out some of our highlights! 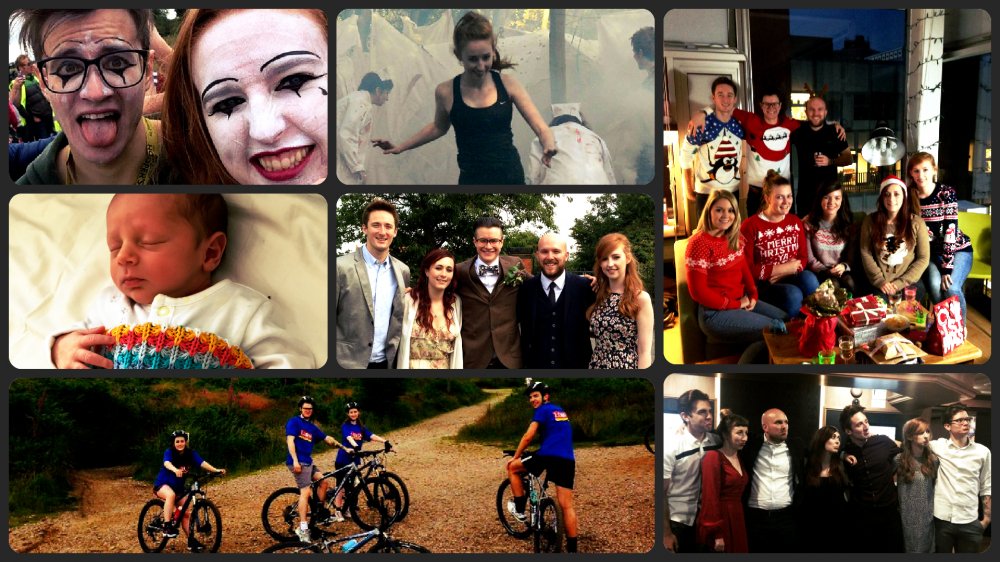 2014 started with a bang! We had a couple of months after the Christmas break to get back into the swing of things before March hit us. This proved to be a record breaking month for the company as March 2014 saw more orders placed than any other to date. These included orders from huge corporations, to personal gifts for weddings, and although the team were swept of their feet, we were all very glad of the kind feedback we received.

We then decided to fuel the flames by releasing our brand new website at the start of April. A new look, a new layout and a new MoJo. We updated the aesthetics of the website as we wanted to emphasise the creativity and uniqueness of the company. This included our portfolio which showcases some of the jobs we’ve done, along with a new website map, making it easier to navigate the categories and sub-categories. The old website served us well, but we certainly do not miss it in comparison!

The MoJo team have also contributed regularly to charity and this year was no different. We started with a 5K run for Sports Relief in March that would lead on to our big event, which was soon to become known as the Mojathlon. If you read the previous news articles, you’ll see that we cycled across rocky mountains, dove into sub-zero temperatures in a Welsh bog and ended the event with a mad-dash, fleeing from Zombies over a 5K post-apocalyptic obstacle course.

Overall we raised a whopping £310.00 over the 3 events for LOROS and we are thankful for the donations we received.

Along with the new website, MoJo also gained new employees. We’ve seen some people come and go, however we have doubled the amount of people who were working for MoJo in 2012! We’ve not only grown in numbers, but also as colleagues and friends, through meals out for birthdays, the charity events and the classic after work Pint on a Friday!

All in all, we could not be more grateful for the growth and success we have achieved in 2014. When you hear stories of small businesses struggling in the current climate, you feel privileged to be growing and continuously gaining momentum. We’re again thankful to all those who made it possible and we look forward to this year and what is to come. Here’s hoping 2015 is every bit as good as 2014...and then some!