The Final Part of the Mojathlon: Here at MoJo, we love a 5K run and we also love Zombies - so what better way to conclude our take on the Triathlon than combining the two together. 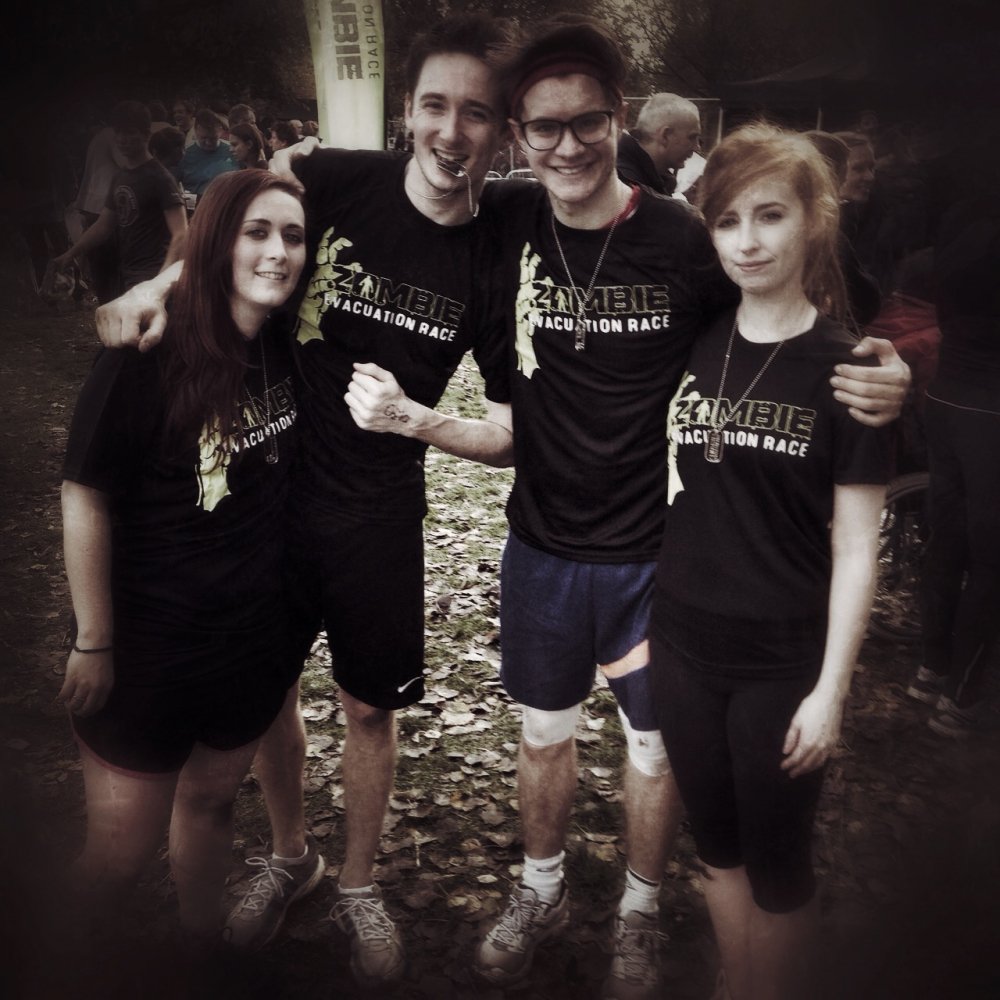 This weekend saw the team head to Cambridge early on Saturday morning to take part in “Contagion in Cambridge”. The event was a 5K run with a twist! Littered around the course was an abundance of volunteers dressed up as zombies, out to get you.

We arrived around 10am and it felt like we had wandered into a movie. The atmosphere was chilling. From the body bags lying on the floor to the “quarantine” signs on fences, it really was the tiniest detail that made you forget that this was all pretend. The fake notes from people looking for loved ones were particularly impressive, and further promoted that care had been applied to make this event feel real.

After we registered, we were handed our tag rugby belts. These belts held three tags, each representing a life which you had to keep with you throughout the 5K. People who finished the race with at least one tag won a “Survivor” medal, whilst those who perished received an “Infected” medal.

Although the “infected” medals looked better, the MoJo warriors were determined to dodge and duck out of the way to be survivors!

It then hit 11am and we were let loose on the course, we thought we would have time to warm up, maybe there wouldn’t be a zombie until at these 1K into the race; we were very wrong.

Straight away the zombies leaped out at you, screams echoed from all directions as people started shimmying around the zombies, some very lethargic, some eagerly awaiting your approach so they could nab a tag. We dodged one zombie who had collected at least 25 tags - a zombie not to be messed with!

The 5K course took us through tents filled with smoke, open areas with wandering zombies and even barbed wire! It was very atmospheric and we all stuck together to try and survive as a team…

...and we did! Crossing the line with 5 tags between the 4 of us, we collected our survivor medals and t-shirt with pride, knowing that when the Zombie Apocalypse does happen (which it will) we will be safe and sound.

As such, this brings our triathlon for the LOROS charity to a close. We managed to raise an impressive £310 and we’d like to thank everyone who helped us reach that figure.

The Mojathlon has taken us over dirt tracks, through Welsh bogs and finally, fields of infected undead, however we’ve managed to do it all. Now someone get that kettle on!