Come the end of January, Sally had destroyed the back shed that was forming a temporary part of her kitchen and construction had begun on her beautiful new kitchen.

In the winter of 2016, after crawling over both Jessie the cat and Andy just to get a cup of tea, Sally decided that enough was enough and the kitchen was no longer big enough for the 3 of them. Come the end of January, Sally had destroyed the back shed that was forming a temporary part of her kitchen and construction had begun on her beautiful new kitchen. After weeks of takeaway and despair at her lack of kitchen, the construction was finally complete and Sally could finally throw away the takeaway menus and start cooking once again.

However, one member of the family was a little more curious than the others. Jessie had been locked away, safe from the mayhem that had been the kitchen whilst it was being made and, once complete, was allowed to roam free. Being a cat, she naturally wanted to explore every nook and cranny of this curious new room that had not been there a few weeks earlier. As you can see from the picture, she has certainly made herself at home and found her new hiding space. 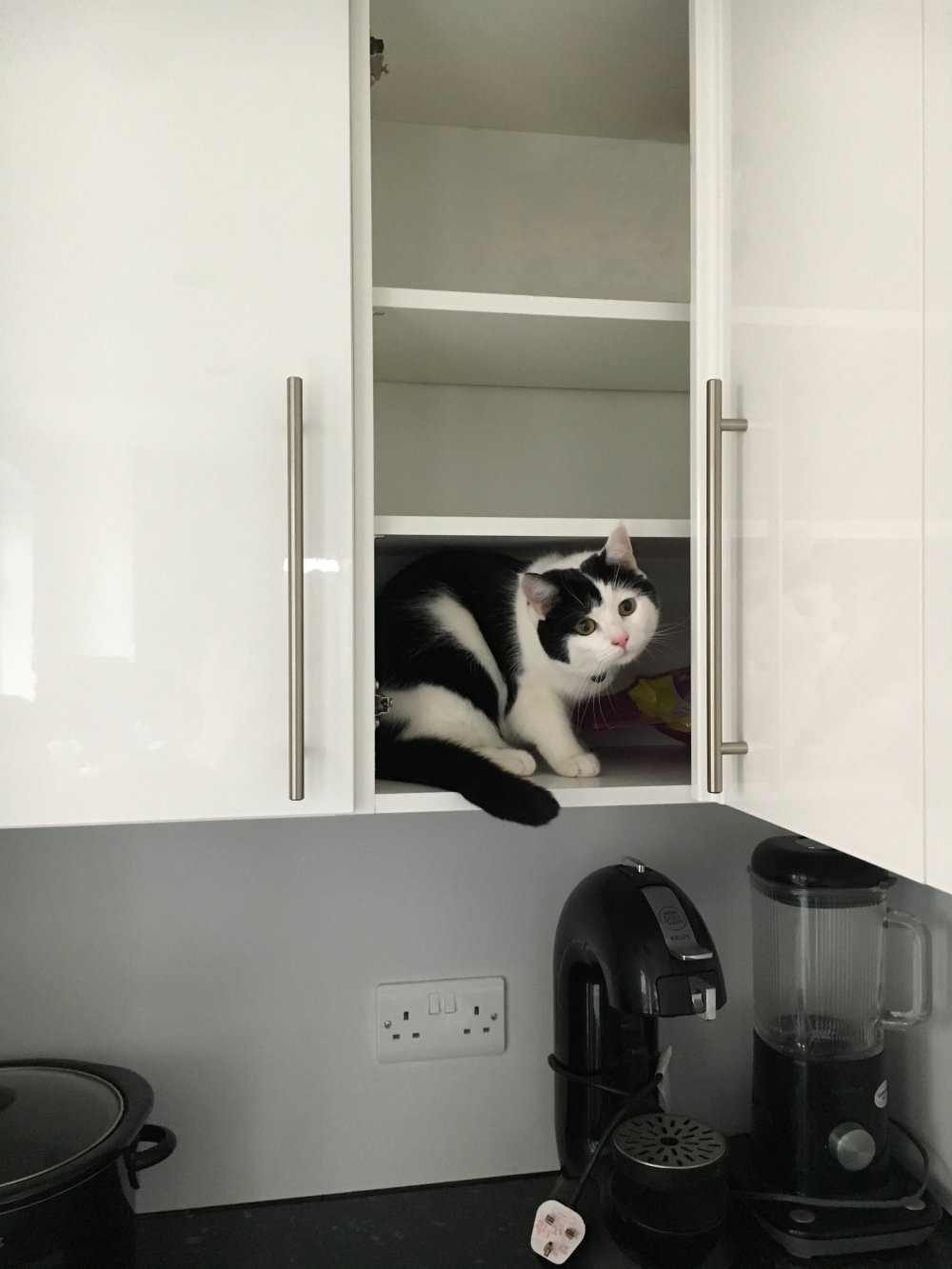 Through copious amounts of gin, sweat and tears the kitchen is now finally complete and looks beautiful. Jessie is fully settled in her new hiding space, Sally and Andy can finally eat home cooked meals again and we here at the office can’t wait for an evening of Come Dine With Me to celebrate!