It’s tiring work being so popular, so naps are a regular for this super star!

After months of waiting, 9 to be precise, David and Hayley officially welcomed their first baby into the world! Arlen David Bayliss was born on the 7th of June at 7:47am and, weighing only 7 pounds and 6.5 ounces, he is certainly the smallest member of the team.

So far Arlen’s adventures include befriending the giant fluffy beast that roams his home, exploring the far reaches of Wollaton park and being introduced to a lot of people who want to hold him. It’s tiring work being so popular, so naps are a regular for this super star! 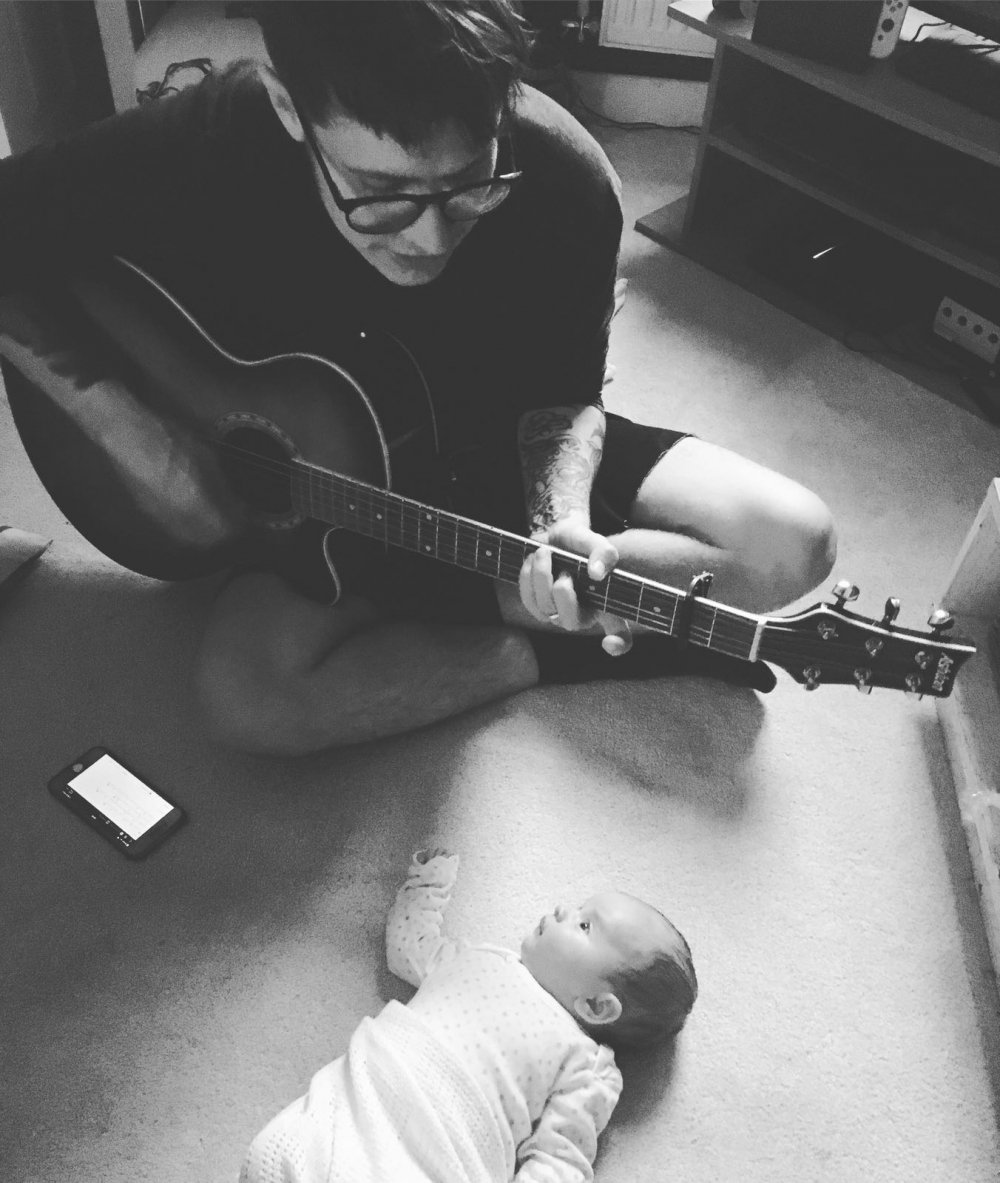 David is working hard on his guitar skills, as you can see in this picture, and leaving all the singing down to Hayley, we wouldn’t want him smashing any windows. We wish all the best of luck to the happy new parents and their beautiful baby boy.