MoJo Bowling Night: Last Wednesday saw the MoJo team head out for a night of competitive bowling and pizza. It was the first time the whole team had been involved in a social event in quite some time, so everyone was looking forward to smashing some pins! 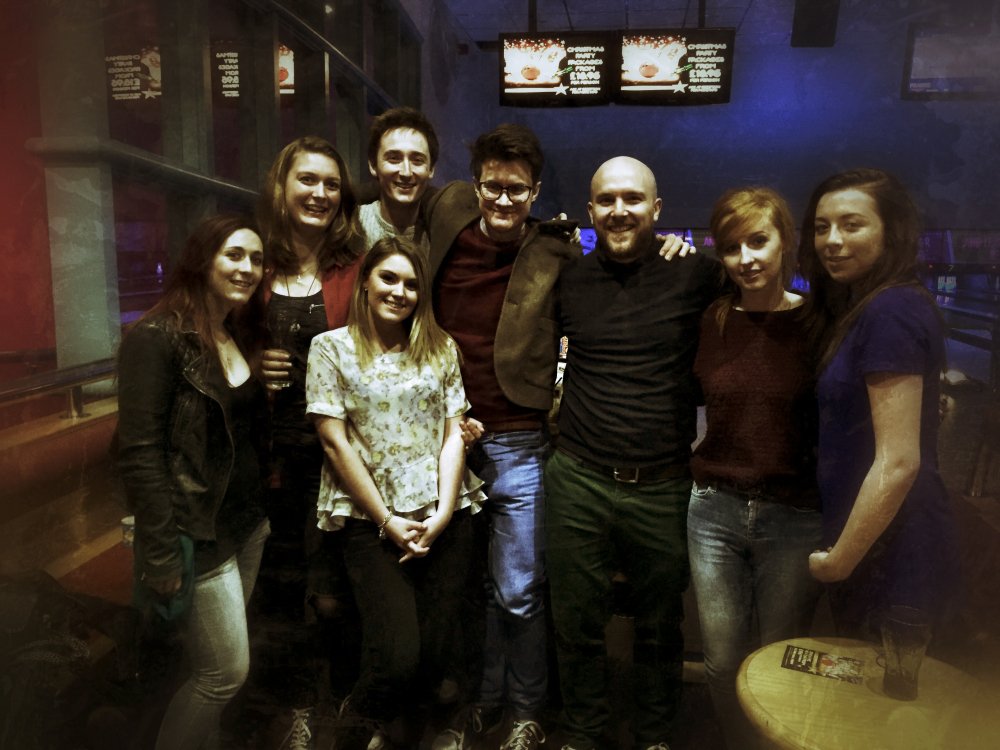 We split into three cars and raced (safely and at the speed limit) to the venue. We all knew that the first car to arrive would have bragging rights, while the last car would be deemed pathetic and slow for the entire evening.

Upon arriving, we donned our fancy bowling shoes, found the weight and sized bowling ball of choice, and headed to the lane.

After inputting what could be considered inappropriate names into the system, and setting up the bumpers for all of the girls bar Sally, we split into our teams. The “Killer Bees” consisted of David, Sally, Heather and Lucy, whilst the “Honey Badgers” included John, Tom, Hannah and Hollie.

David’s first bowl was an embarrassing zero, whilst immediately after Hollie picked up a strike by using the bumpers like a game of pinball - an underhand tactic that would see her get more spares and strikes than anyone else.

We played one round which included much laughter, many strikes and a lot of gutter balls! (apart from those playing with bumpers) However it was Hollie who appeared victorious, with the “Honey Badgers” winning overall.

We then proceeded to pizza, with John and David driving the mere 5 feet to the restaurant door, to wind down the evening.

We are looking forward to the next MoJo event, the Christmas Party, which we are sure will be a night we will never forget (...or we can remember).