Part 1 of the Mojathlon takes place: Last Sunday, Team Mojo took part in the first of our charity events for LOROS and we are pleased to tell you that, despite a few falls, cuts, bruises and scratches, we have survived. 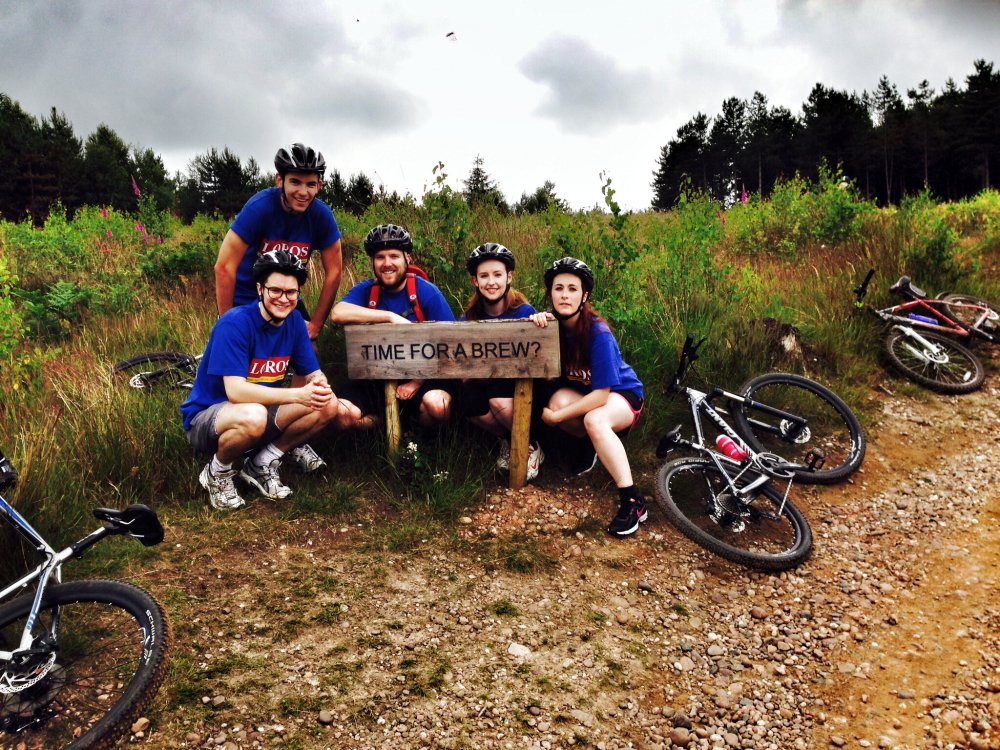 The first event was Cannock’s ‘Chase Trails’, a 10km Bike Ride through mountainous rough terrain, concrete slabs, narrow wooden bridges and heighty jumps. As the majority of us had not ridden a bike for some time, it’s fair to say that this might be the most nerve-racking event of our Triathlon, which all of us feared!

We set off from Leicester at an early start of 8:30am to get to Cannock (just outside Lichfield) for 10:15am. Upon arrival, the abundance of professional looking off road bikers was terrifying! What had we gotten ourselves into? This was a trail designed and built for competent Mountain Bikers, some of us had only just removed the stabilisers from our bike!

We had to put the fear aside. This was for a worthy cause and we wanted to push ourselves to the limit. So after receiving our bikes and helmets, donning our LOROS T-Shirts, we set off. But, the fear soon returned.

The difficulty of the ‘Follow the Dog’ trail was immediately apparent. Our bikes careered from side to side underneath us, the bumpy terrain threw us around like rag dolls and in no time at all, concrete slabs had Hannah falling from her bike and being flung over a fence in what might have been the slowest tumble of all time.

With only a few scratches from the first fall, we braved the rough ride and pushed on. Ollie almost fell off a narrow bridge into a pond, David landed a jump leaning too far forward, resulting in the back wheel of the bike rising to mere inches behind his head. This all climaxed with Ollie’s fall down a hill, in which he tucked himself into a ball and just rolled.

But despite the harsh challenge, it was thoroughly enjoyable. Once we had gotten to grips with the course we soon adapted to cope with the rocks and bumps and started to love the challenge. And although the images do not make us look overly dirty, to endure the steep hills and dangers at each hairpin turn, was a true challenge.

Keep your eyes peeled for more images of the event being posted to our website soon. But for now we will dust off our Snorkels, in preparation for the Bogs!!