Taking Over The Trampolines

After considering hot yoga, we were unsure of what this actually involved and instead decided for some good old fashioned trampolining.

Still in the grasps of the cold winter temperatures, we wanted to get our hearts racing and body temperatures up. After considering hot yoga, we were unsure of what this actually involved and instead decided for some good old fashioned trampolining. Who doesn’t love pretending to be a big kid?

The attire for the evening was simple: something easy to stretch in. Everyone managed to bring joggers or shorts of some kind, apart from John who had forgotten and ended up spending the entire evening in his smart shirt and jeans! To complete the fashion forward look we were all sporting, we were handed grippy trampoline socks that were in a beautiful luminescent yellow. Dressed to the nines, we headed in to watch the 10 minute safety video that was straight out of the 90’s. 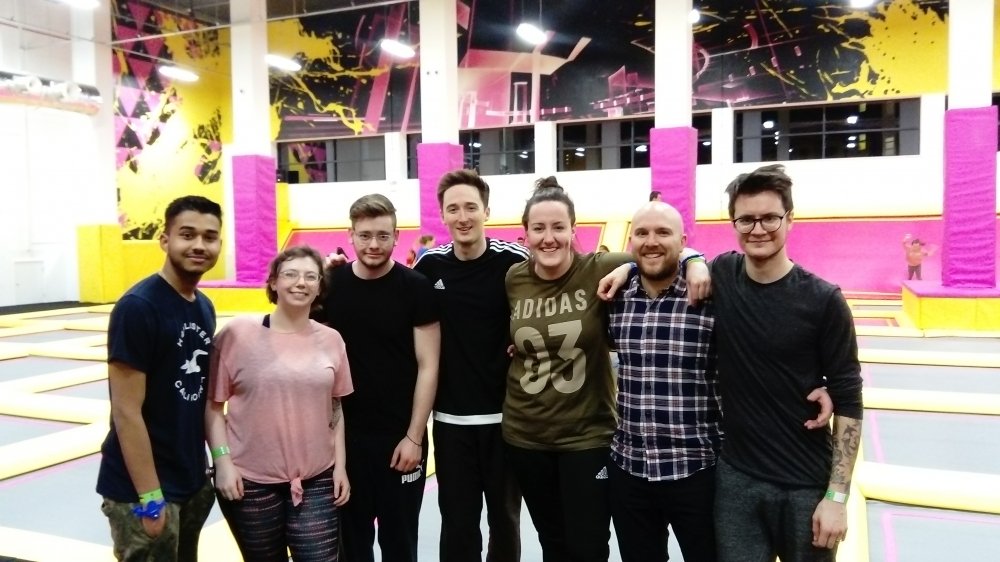 Having grooved our way through the infomercial, we headed out onto the court. Immediately we were greeted with despair. It was apparent just from a quick scan of the room that we were bringing up the average age by at least 15 years. Embracing his inner youth, Mich threw himself onto the trampolines first and we all followed shortly after, eager to be part of the fun. Stumbling like a pack of badly organised orangutnas, we head over to the wipeout ring. Emily, Tom, Matt and Mich were the first to stumble into the ring and after dodging, jumping and ducking the obstacles, only Tom stood. John, Dave and Kyra were up next. The competitive sides were out but after 5 gruelling minutes, Kyra had started to run out of steam and John’s jeans were proving more restrictive than first thought! Having proved their ninja like reflexes, a few misplaced jumps took the competition out and Dave was left the last one standing. 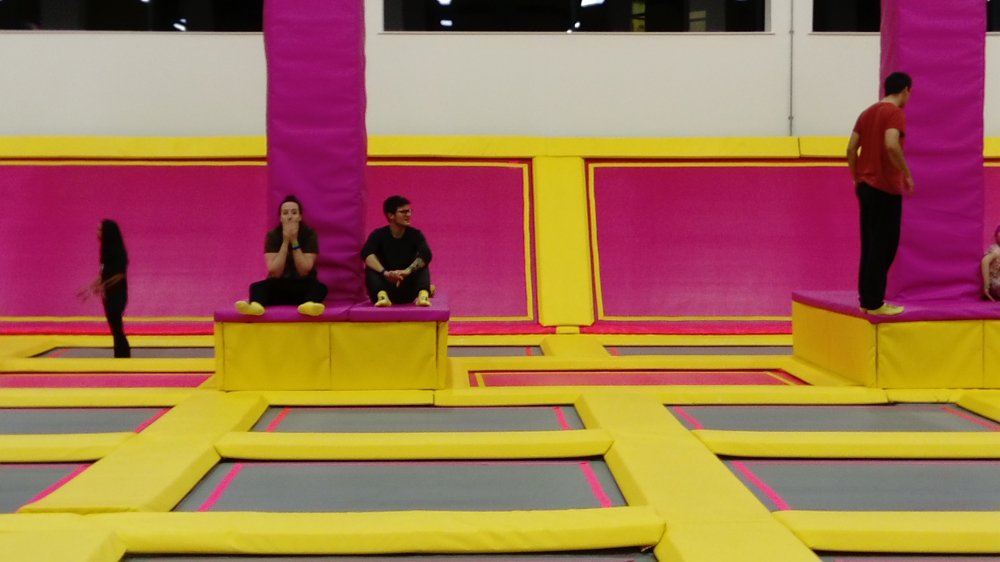 After dunking and diving head first into a foam pit, with a few somersault attempts that ended in hilarious face first landings, our ankles and backs were all a little achy. We’re not sure if the vibrant yellow socks had grown on us by this point or if we were all just too tired to change them but we popped on our shoes and headed off into the night.