You’ve never heard of it? Well, we’re not surprised. Just like the Oscars, this award ceremony is kept tightly under wraps all year.

The nights were getting longer and we knew that meant one thing - a very special time of the year was coming. A time when we could enjoy spending time together, having a drink of two in toast to good health and having some all round fun. Christmas? No, never mind that. We mean the Dogscars! It also happens to take part on the same night as our Christmas party, but that’s not important for the tale we’re about to tell.

The night had arrived and we were all dressed to the nines, in classic awards attire. Sparkly dresses, high heels and little clutch bags - and that was just the boys! We had a couple of drinks to start the night off and then let the chaos commence. John had made a presentation, individual envelopes with the name of the winner of each awards inside, and even got the dog trophies ready for the winners. We were all poised and waiting around the presenter. The time had come.

What we’re about to tell you we have had to prise from John himself, these awards are so highly secretive and shrouded in mystery. We have managed to get 1 of the 3 awards to tell you about, the best one naturally, but the other two were just far too sensitive for us to release such knowledge. The award we can tell you about, however, is… brain fart of the year!

The nominations for brain fart of the year are as follows:

We held bated breaths as Hayley, Dave’s partner, stepped up to the plate to present the award. The silence was almost deafening. As Hayley tore open the envelope and pulled out the piece of paper, we all sat on the edge of our seats awaiting the final verdict on who had made the funniest mistake of 2017. And the winner was… Tom Verow! A round of applause naturally followed and Tom made his way to centre stage to collect his prize, all to the sounds of Into the Black, by Royal Blood (for added emphasis). 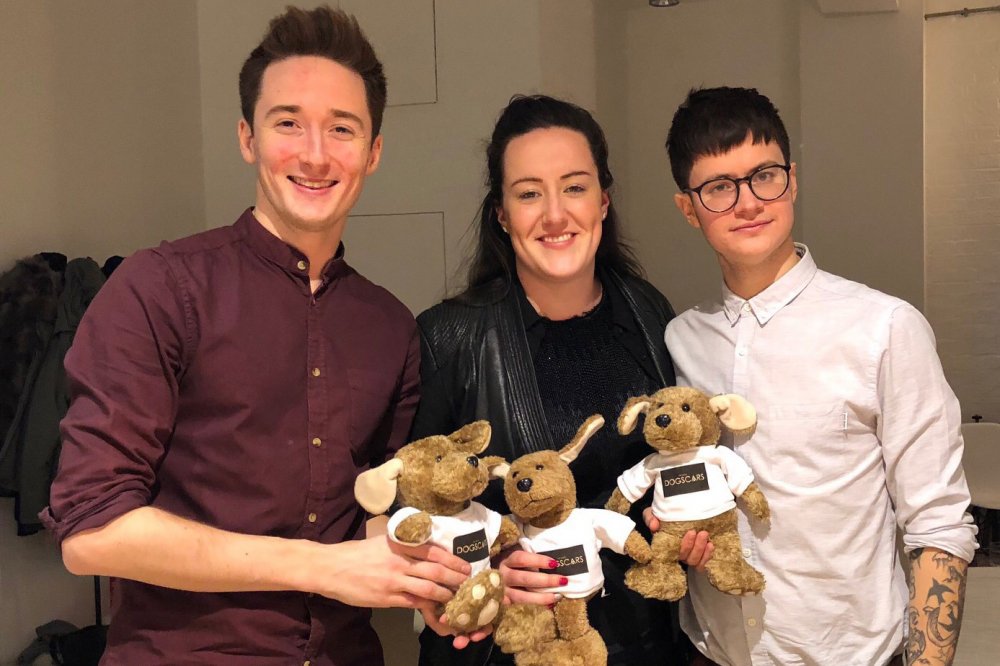 Emily and Dave were the winners of the other two top secret categories. After finishing off the awards and having a few more drinks we headed off, rather merrily, to our Christmas meal to celebrate the year. We would love to tell you more about the other awards however, like we said, it's top secret information so you’ll have to do some investigation work!