The much anticipated and highly exclusive Dogscars Award Night returns! 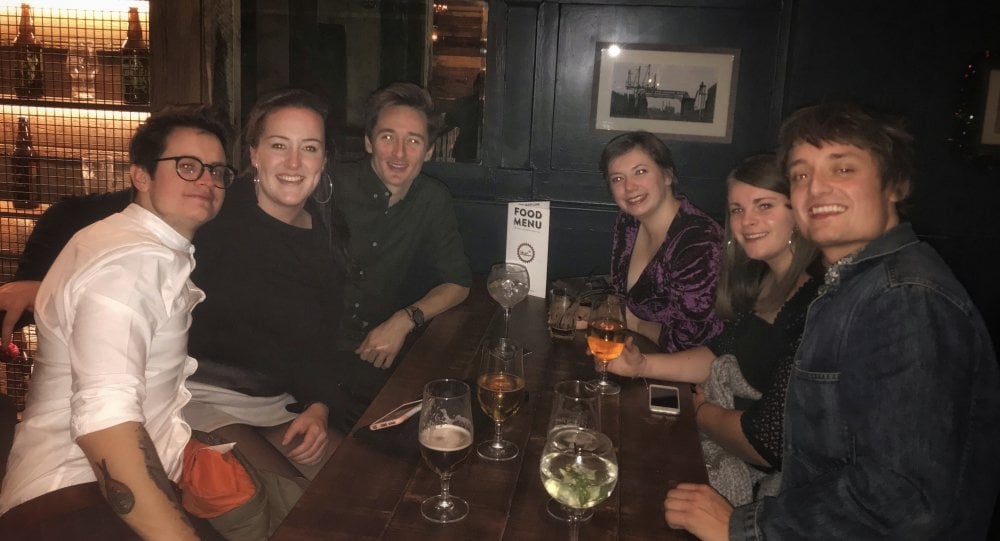 It was with bated breath that we all made our way to the Christmas party. Dressed up in our most glittery best, we looked like any other reveler, keen for good food and and great company. One by one we arrived, greeting each other with a cheer and a hug, then stowed our presents under the tree. However, unbeknownst to the casual looker on, we were not just swapping happy banter over our wine glasses. We were preparing for the Dogscars, trying to predict who the winners were going to be.

We were an hour in before the sweet Christmas jingles turned into the rumbling tones of Royal Blood. It was time. We gathered around the sofa, breath held in anticipation.

Like the previous Dogscars, this was a very secretive event and as such we are only able to release the one category and its Champion for 2018: Brainfart of the Year.

As the music faded away, the nominations were revealed

The first nominee was Mikey, for trying to clean a pen stain on the sofa with a coffee soaked sponge.

Next came Kyra for nominated for the incredible malaphor, “that ship has flown”.

Mikey had a second nomination for refusing a plate then finding that the cookie really does crumble everywhere.

And last, but certainly not least, Tom for managing to lose the Dogscars nominee list twenty-four hours before the big day

The nominations revealed, we now waited to find out who would be taking home the Dogscar Brain Fart of 2018 Teddy. Adam, Kyra’s partner, was called up to the front where he was given the golden (in our minds) envelope. The drum roll began, aaaaaand it was…

Tom, for embodying the very spirit of this highly regarded award!

Flooded with mirth (and not a little relief) we all applauded as he received the much talked about Dogscar Teddy Award.

We are certain that Tom and Sally, who raked in the two other categories, are extremely pleased with their greatest achievement of 2018. We even managed to extract a choice quote from Sally who noted that “having been overlooked these last few years, it is a great honour to win not just one, but two of this year’s categories”. Don’t you worry, Sally, it was our honour to award them to you.

With the main event of the evening finished, we continued with our Christmas party with a tasty three-course meal at the elegant Queen Victoria’s Art Club, before finishing the night with a dash of culture at Just The Tonic Comedy Night.