Ever wondered what it’s like to be a spy trapped in a hostage situation? Or to escape an asylum after being trapped by a malevolent spirit? Well, we decided to find out when we took a trip over to the Escape Asylum in St Martins Square.

On one of the hottest, most humid, days this Summer, it was fair to say escaping from a dark, stuffy, space was probably one of the last things on our mind. However we persevered and rushed over after closing up the office, keen to set the gears in motion for escaping our captors. John, Emily, Dane and Tom had all opted to take on the less scary Hostage room whilst Sally, Mich and Matt all threw caution to the wind and took on the scariest one - Asylum. 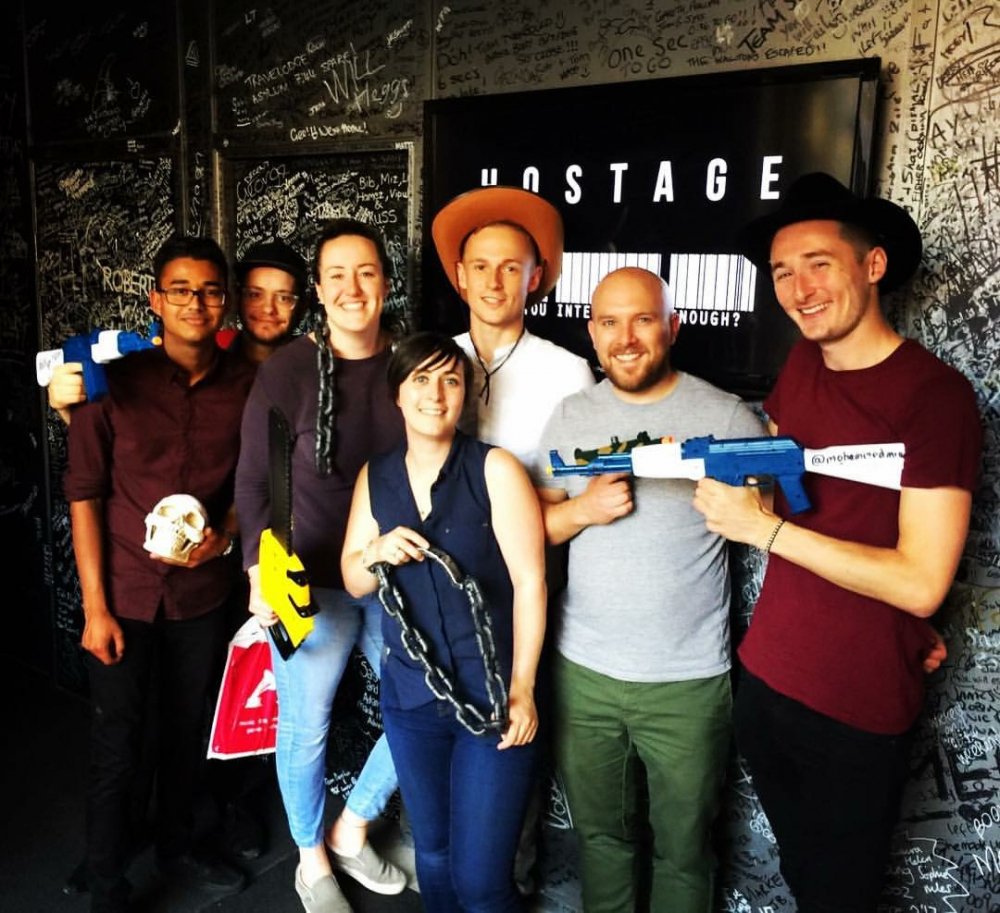 Sally lead her team fearlessly into the Asylum and braved the disgruntled ghost to solve the mystery of her murder like the Sherlock Holmes of the ghost world and get the team out safe. Whilst John headed the team that went head on into a Mission Impossible style hostage situation. Naturally, as it is a MoJo event, there was a race to see who could escape their impending doom first. So, with both teams going head to head, the race was on.

After diving over lasers and solving riddles to open doors, in true James Bond style, John’s team could see the finish line and were close to stopping the ever creeping destruction. But Sally’s team were hot on their heels, piecing together the murder mystery like Miss Marple playing a game of Cluedo. As John and the team were figuring out the final digits on the unlock code, Sally and the team solved the mystery and were on their way down the stairs, champions of the mazes.

After finally unlocking the door with minutes to spare, John, Emily, Tom and Dane emerged to find Sally, Mich and Matt jeering like hyenas at their late arrival to the party. After some quick gloating from Sally’s team over their speed, we all chose a piece of fancy dress for the photo and got our survival photos taken. Having faced the ghouls and ghosts of the Escape Asylum, we were now ready for anything that might go bump in the night as we headed off our separate ways.