Welcome to the Jungle

Throughout the year we’ve had tears, triumphs, and definitely a few tantrums. So we thought, in order to review the animals and shapes so far, we’d take a look back on the madness that this challenge has been. However, before we start, here’s a recap on the rules just in case you can’t remember:

Being 52 weeks in (and still going!) we’ve had a fair few animals step up to the board and rise to the heights of the MoJo Munchie Stardom. We’ve also seen some animals crash and burn as they’re slated in front of their creators - never has a Rhino looked as terrible as Dave’s attempt.

Competitive sides have certainly set in and the snakes are in the grass when it comes to scoring. It’s like a jungle in here! If you’re looking for a low score, then the shop bought sweets have definitely provided that. However, the home baked goods always prove to pack a bigger punch if someone has slaved over a hot oven, only for their taste score to be butchered.

As of the 1 year mark our highest and lowest scoring animals so far are:

Now, of the players in the office, the highest and lowest based on average scores are as follows:

Highest: Sally with an average of 7.71

Lowest: Natalie, due to her disqualification, with an average of 6.16 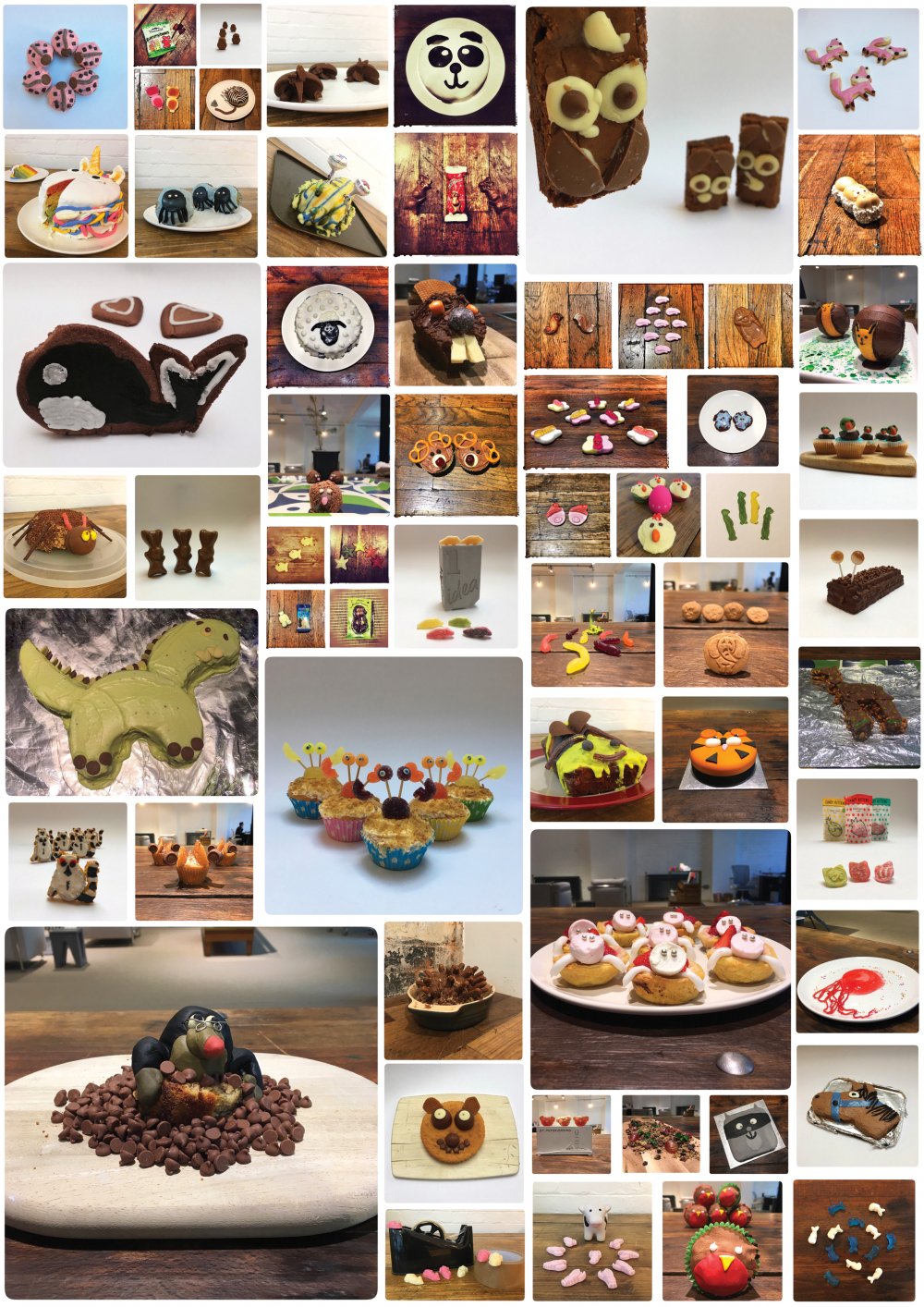 After depleting the pre-made shop sweets of Freddos, Percy Pigs and Foam Shrimp, now is the time for the real creativity to come out. Whatever we do, forgetting until the night before is no longer an option. The stakes are high, pre-planning your animal is essential and the game has really just started to heat up. As the saying goes, if you can’t stand the heat, get out of the kitchen!

With the release of David Attenborough’s Planet Earth 2 and Blue Planet 2 this year, we’re glad to say that we have plenty of new inspiration for animals, such as a fish wrapped in plastic. It’s now just a question of if we have the baking skills and a spare carrier bag to hand…

If you want to keep up to date with our latest ventures, check out our Twitter and Facebook every Wednesday for the newest and weirdest animals we can find.